Famous for its summer festivals and its dedication to agricultural and nautical activities, San Javier, located in the Mar Menor, goes way beyond the mere expectations of beaches. Cool air and the fresh taste of seafood provide alternatives to this area, whose main tourist hotspots are Santiago de la Ribera and La Manga del Mar Menor.

Located on the coast of the Mar Menor, its history began after the period of the Berber invasions in the area. It arose around a shrine that was built at the beginning of the 17th century and dedicated to the Apostle San Francisco Javier. Its territory, which is dedicated to agriculture and the sea, has the outstanding coastal locations of Santiago de la Ribera and La Manga del Mar Menor, both of eminent tourist interest. Santiago de la Ribera was created in 1888 with the construction of a shrine dedicated to the Apostle St. James. Currently, this modern-looking town has a beautiful sea front and holds on to its fishing village flavour.

La Manga, which mostly belongs to the municipality of San Javier, offers the possibility of choosing between two seas with different temperatures, saltiness and waves. Moreover, its special qualities for water sports and its wide range of leisure and accommodation possibilities have turned it into a magnificent tourist resort. San Javier perhaps widens the options for the rural tourist with its many inland villages and protected areas away from the coast, such as Cabezo Gordo, and make it an excellent alternative to bear in mind if you're looking for something other than its excellent beaches. 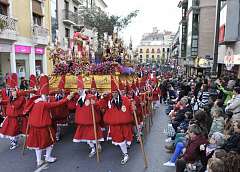 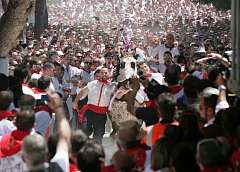 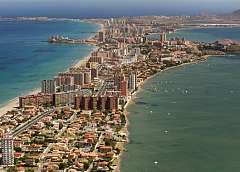 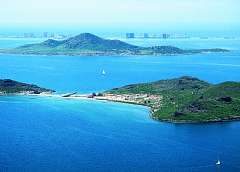