Main details
Characteristics
lift
Storage room
Встроенные шкафы
Armored Door
Appliances
Modern building with only 13 apartments in 2nd line of beach in Torre de la Horadada. The apartments have a constructed area from 92m2 to 119m2 distributed in 3 bedrooms, 2 bathrooms, an open living-kitchen-dining room, a terrace from 6 to 10m2. Included in the price: Vitroceramica, extractor hood, washing machine, dishwasher, microwave and fridge oven, Promotion valid until April 2020 Underfloor heating in the bathrooms Extra: Possibility of garage and storage room La Torre is a hamlet of Pilar de la Horadada, located by the Mediterranean Sea, south of the Costa Blanca. It has a wide range of restaurants and services, which are open all year round. several golf courses and shopping malls Dos Mares and La Zenia Boulevard about 15km. In its 3 km of coast, we find the marina, and several beaches and coves, four of them with blue flag. Prices from 199.900 Euros to 449.900 Euros
Outside

If you cannot find what you are looking for, please send your request to info@europisol.com. Agency services for selection of real estate are free.

Pay attention to: The information is based on the developer's data at the time of publication. To clarify the availability of real estate objects and current prices, place an order with: info@europisol.com 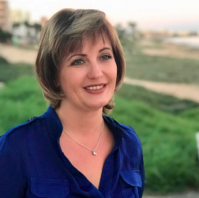 Contact with us, we will help you find your house!

Thank you for your application